Recommendation 50 is a powerful and effective human resource in the shape of Barbara Rowe, a guest speaker, who works collaboratively with the Police, Judicial services, local government, NHS, and education services to enhance their existing Equality Diversity and Inclusion training.

After the death of Stephen Lawrence in 1993 the British government appointed Sir William Macpherson to hold an enquiry into the police handling of the investigation of his murder and to look at what lessons could be learned. This resulted in 70 key recommendations.

Recommendation 50 states – That Police training and practical experience in the field of racism awareness and valuing cultural diversity should regularly be conducted at local level. And that it should be recognised that local minority ethnic communities should be involved in such training and experience.

A Journey of Change

21 years on from the Macpherson report Public services and the UK government have worked hard to develop policies and laws to meet the recommendations of the MacPherson Report, however many challenges remain. Britain’s cultural heritage has evolved dramatically over recent decades. Our society is in constant change with diverse ethnic and minority groups interacting and influencing the wider community. For all the positives we see from such a vibrant healthy mix, regrettably, there is still some way to go before Britain can claim to be a cohesive nation. Not everyone feels they have a sense of belonging and are truly valued.

Barbara’s life journey is linked to, and has been a part of, that constant change. Her story is a fascinating insight and totally compelling. For many years subjected to both overt and subtle racism, bias, hate and stereotyping. Often with her back firmly against the wall, her sense of identity and belonging were constantly challenged.

“We must become the change we want to see”

“When we listen and celebrate what is both common and different, we become a wiser, more inclusive and better organisation”

“Every broken barrier paves the way to growth and cultural change”

Barbara has spent the last 20 years of her life living in rural areas of Sussex. Born in London, she moved to the countryside to escape the rat race and have a quieter life, but she was not always given the welcome she had hoped for. She encountered racism and discriminatory behaviour from certain sectors of the community based on their misguided perceptions of her. Throughout she never gave up – always learning from the experience, believing in better and the desire to bring about change.

That change started in 2004 with an initiative resulting from Recommendation 50 and an invitation by the Sussex Police Diversity Training Team to be one of the regular Guest Speakers participating in Diversity Training Courses for a number years. This presented Barbara with the opportunity to turn her adversities into something positive. Barbara proved to be an invaluable resource for their training programs until the end of 2007.

Recognising the on-going demand for Diversity Training resources, Barbara set up her own company, Breaking Down Barriers CIC in 2007. Now with a dedicated team of 17 and growing, her specialist advisers and international contributors assist Public services, Local authorities, Charities and Private companies with their Diversity and inclusion programs. In 2015 she developed an adolescent mentoring initiative within East Sussex schools and colleges. 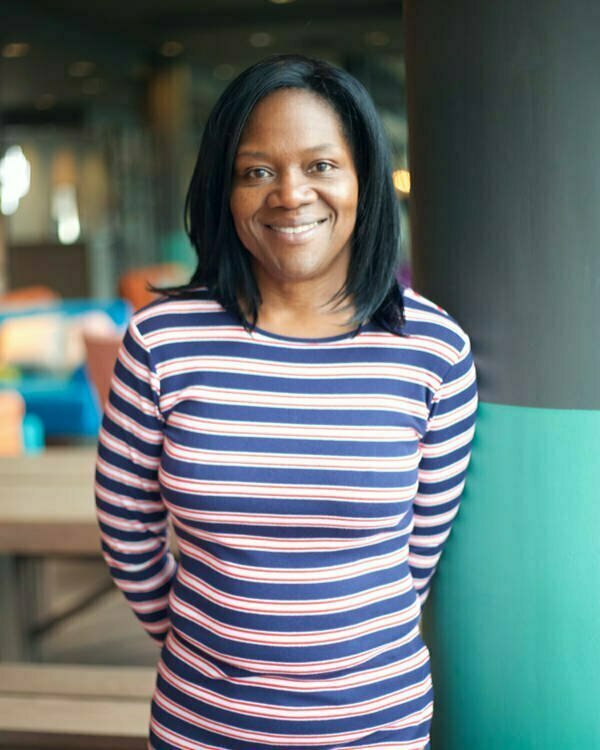 An active campaigner and supporter of numerous good causes she was shortlisted in 2016 by the National Diversity Awards board in recognition of her achievements in the category of Positive role model for Race Faith and Religion.

In 2018 she became a volunteer with Sussex Prisoners families while serving as the consort to the Mayor of Lewes. This experience led her to set up a new advocacy service for vulnerable adults in 2019.

Barbara is a speaker who shares her life stories from a grass-roots perspective, drawing on her first-hand experiences to help break the barriers of race, culture assumptions and stereotypical prejudice.

In her own unique way Barbara tackles the complex issues of subtle racism and discrimination that ethnic and minority groups are confronted with each day, including the hidden and often unintentional bias and racist overtones in people’s attitudes.

Her communication approach is simple, yet powerfully effective. She tells it like it is, openly and honestly. With a captivating style and engaging personality, she creates a forum whereby people can feel relaxed and at ease, empowering them to participate in open and thought-provoking discussions. Her approach has worked with people ranging from seniors to school pupils.

What You Will Get

Barbara gives people the opportunity to develop their own cultural awareness and provide an honest assessment of their own biases and stereotypes and most importantly, relate to its likely impact on others.

This interactive session enables those involved to take the first steps on the journey to becoming respectful and responsive to the needs of diverse people living in the wider community.

What Others Say About Her…

“Barbara’s stories about her experiences as a black woman living in a Sussex village are simple in the telling as all good stories are. They are also as complex as they are compelling as she gradually pulls back the curtain on her life and people’s responses to her difference. In her ability to get to the heart of the matter Barbara achieves in an hour what we, as professional Diversity Trainers, could not achieve with our learners in a year.”

“Barbara is a gifted communicator who uses real stories from her life to show the challenges faced by black Britons today. Her insights inspire others to address the silent prejudice within and to work towards understanding between diverse cultures. Truly inspirational!”

“Thank you for your outstanding contribution to developing diversity training in Sussex Police. Your courage in sharing personal experiences with us has been instrumental in reminding staff at every level why diversity training is important and its relevance to our mission to protect the public.”

“There is no greater experience and learning than that of life. Input from guest speakers impacts learning in a way that no teacher, textbook or e-learning package could ever come close.”

“We were delighted to have Barbara speak at our forum meeting. It certainly left a buzz when she finished, and everything went very well. The delivery was exactly right for our size of group and she managed to involve everyone who wanted to speak. I think our members could have sat with her for the whole day. I have heard her speak before so was surprised to be even more engrossed the second time around.”